Reports are rolling in of the possibility of a newer more refreshed looking Play store is on its way. At the moment the reports have not been confirmed and there is no substantiating evidence any of this is true. However Android Police had provided what is believed to be leaked images of what the new Play Store will look like.

With all the talk recently surrounding Android L it is no surprise the newer look is completely in sync with L adopting Material Design at its core.

The screenshots provided by Android Police show Play will incorporate the more immersive attributes with larger and more integrated headers. Movies and trailers will contain an auto play function within the header and a more floating-type card for downloading/installing. The image on the left below shows the current Play Store display while the right is one of the leaked images for Play’s new look. 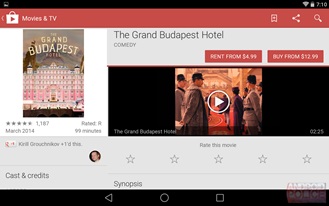 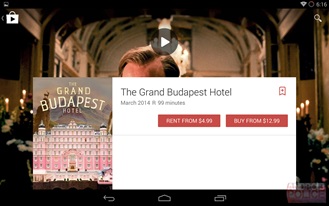 As Android Police point out these are early and unconfirmed leaked images and as such, even if they are true the final product will probably vary quite differently from what is shown above.

However these images do at least suggest two points worth noting. Firstly, we should probably expect to see a new look Play Store soon and secondly it will be quite different from the one we currently see.

What are your thoughts? Do you like the new look better or fed up of hearing about ANOTHER Google make-over?

A crowd funded Lantern will bring Internet to ‘dark’ places